We can’t breathe either!

Events take on new meanings from the past as they roll into the future.

As HRS, we are truly saddened and angry at the unprovoked killing of unarmed George Floyd in police custody on May 25. Our pain, outrage and frustration are a backwash of deep-seated, virtually institutionalized racism in law enforcement agencies. They are also a backwash of prevalent disbelief in a better future.

We are angry, not only because George – a father, a brother, a son, a friend, a human – was killed in cold blood. We are angry also because similar killings of the past went unpunished, because they didn’t awaken us from our centuries-old ignorance and aloofness to the sufferings of others, because they didn’t trigger national and international reforms in policies of policing, education, communication, and arts.

We are angry, because past killings didn’t stop George’s killers!

We are angry, yet again, because the grossly familiar scheme of blaming protestors for vandalism of the few among them foretells what is to come…

George’s life will be wasted…

Unless we prevent this outcome… unless we establish mechanisms to unlearn the ingrained racism in our law enforcement systems.

That is the challenge for human rights defenders and activists.

Riots are the language of the unheard; they are the outcry of the unpeople.

We won’t fall for the scheme of blaming the many for the mistakes of the few.

We won’t fall prey to the trap of trivializing unprovoked killing of an innocent person by the very hands of officers who should be protecting his life, on the face of excesses of angry and often provoked rioters.

A wrong does not right another wrong.

We call on all human rights defenders to maintain the present momentum to bring about real and sustainable change.

We call for the upbringing of a new generation of human rights activists who will prioritise the rights of future generations over their own.

We call on authors, writers, bloggers, and intellectuals to rewrite the future, for which current gloom does not promise breathable air.

With that future on the horizon, we can’t breathe either! 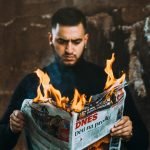 Impunity Webinar: Neither torture nor impunity are an exception anymore 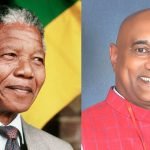