On the occasion of the the Human Rights Defenders Committee of the Human Rights Solidarity invited Dr. Rajendran T Govender, an anthropologist and social cohesion expert from South Africa, to lecture about the lessons we the human rights activists can learn from Nelson Mandela’s life and doctrine.

Although he died in 2013 at the age of 95, Nelson Mandela’s entire life still stands as a testament to the power of the human spirit and that life continues to inspire liberation fighters and human rights defenders alike. When he opted for a peaceful end to the Apartheid, Mandela taught the humanity a vital lesson: It is possible to be a great political leader and a great human being at the same time.

He himself passed through challenges of apartheid, physical imprisonment, betrayals and doubt, but when he acquired the power position he reached out to his old enemy. That wisdom made him one of the world’s greatest-ever humanitarians.

Can we learn from Nelson Mandela’s legacy?

After all, Mandela was not only a liberation leader. He ushered hundreds of women into the political sphere and made them into actors of history. Though late, he joined the fight against HIV/AIDS and promoted scientific and environmental education. He brought education to rural areas of his country and fought for children. He established a rule of law culture in his country and left behind a legacy that would contribute to peace and justice around the world.

What does his life tell us about our fight on the face of a global human rights abuse pandemic?

The interview-lecture is available at our YouTube channel here: https://www.youtube.com/watch?v=rz8RXzAP-fE 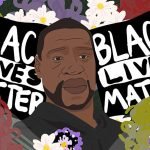 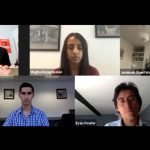