Impunity Webinar: Neither torture nor impunity are an exception anymore

Impunity Webinar: In Turkey neither torture nor impunity are exception anymore

On Friday, the 26th of June, 2020, the members of the Human Rights Solidarity’s Human Rights Defenders Committee organised a webinar on the impunity policies in Turkey. The webinar was organized on the occasion of the United Nations International Day in Support of Victims of Torture.

The focus of the webinar was a discussion on the implementation of impunity practices relating to violation of non-derogable rights and obligations such as the prohibition of torture with a specific eye on Turkey. The aim of this talk was to delve into a joint report produced by Human Rights Defenders, Arrested Lawyers Initiative and the Italian Federation for Human Rights (FIDU) on impunity practices in Turkey (Impunity: an unchanging rule in Turkey) and discuss the possible application of international mechanisms to fill the gap of domestic remedies as well as underlying the difficulties therein.

There was a total of four panellists. The first speaker was Coskun Yorulmaz, a qualified lawyer and a human rights activist from the Arrested Lawyers Initiative. In his brief on the findings of the report, he highlighted that impunity has always been an ongoing issue in Turkey. Soon after the 1980 coup, the military junta introduced a constitutional amendment which offered complete impunity to whoever was involved in the coup. Around 30 years later justice was seemed to be sought after the Justice and Development Party (AKP) government attempted to make amendments to the constitution, however, this did not go ahead due to the political turmoil in Turkey and eventually no one was brought to justice. Yorulmaz, then, further expressed that after the attempted coup of 15 July 2016, impunity stopped being an exception in Turkey and became a norm.

The report summarised that Turkeys impunity policy has 3 limbs. The first is the “moral legitimization of the unlawful acts of state officials”. The second, “the protection provided for perpetrators by administrative and judicial authorities” and the third, “the legal regulations either constituting obstacles for investigation and prosecution or providing for an explicit impunity for perpetrators”. According to the UN’s report on torture, between the 1 January 2016 and the 1 December 2016, in Ankara, only 24 law enforcement officers were brought to the attention of prosecutors for alleged acts of torture. No charges were pressed about these cases. In the case of Gokhan Acikkollu, tortured to death in prison and cleared only after his death, despite evidence and witness statements, 3 years down the line the prosecutor decided not to further the case. 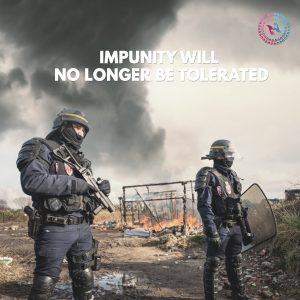 Our second panellist was Antonia Stango, a professor of Human Rights and International Humanitarian Law at Rome Link Campus University and the co-founder of Italian Helsinki Committee. Stango spoke about the general international mechanisms for the protection of human rights and the global Magnitsky legislation as a tool against impunity. He identified the main issue that non-governmental organisations that work for the defence of human rights face as to try to navigate the gap between the great international standards and the poorer practices. He also expressed that authoritarian states will do all that is possible to not to arrive to the point where torture is easily proven, thus making it difficult for the victims.

Our third panellist was Natashca Bracq, a registered lawyer with the Paris Bar. Her expertise encompasses international human rights, humanitarian and criminal law and business and human rights. She spoke about the main judicial and non-judicial avenues open to victims of the crimes addressed in the report. She also addressed the UN Human Rights Mechanisms, the ECtHR and ICC, as well as universal jurisdiction.

Victims in Turkey have indeed applied to the ECtHR and to other European mechanisms to seek justice. Particularly, after the 2016 attempted coup there was an extreme number of cases brought before the ECtHR based on violation of human rights. However, the ECtHR refused some of these applications on pretext of non-consummation of domestic remedies.

The issue of whether the rulings of ECtHR were domestically applied or not waso another one of the issues discussed. The case of Selahattin Demirtas was given as an example. Demirtas is still in detention despite ECtHR decisions stating that the detention was unlawful. Bracq emphasised the importance of managing expectations with regard to the effectiveness of ECtHR rulings as it does not have the power to force Turkey to implement and execute the decision. 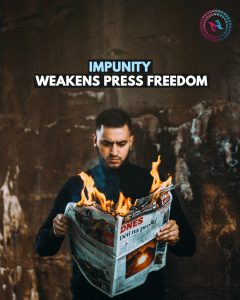 Our fourth panellist was Professor Gonzalo Boye, a human rights lawyer based in Spain who was himself a victim of police torture. Boye addressed the lack of effective investigation in relation to torture with examples from Spain. He highlighted that the last proper conviction is Spain for torture was in 2005, a fact that shows the lack of effective investigation. Only one judge in Spain was accused by the ECtHR on the basis of his abstinence from investigating torture claims, even though torture had been proved on several occasions. Boye found it ironic that this judge is now the home secretary for the Spanish government.

He also identified a particular problem with the information forged through torture. International cooperation between police forces of countries lead to use of information extracted from torture victims in one country, against them or their relatives or colleagues in another country. Security forces of countries with a tradition of rule of law fall prey to the international cooperation mantra and cause people suffer from the long-arm of the authoritarian regimes. For example, persecuted individuals from Turkey who have managed to flee the country are now being searched by Spanish police and the so-called evidence extracted through torture, either from them or their colleagues back in Turkey, is being used against them in Spain.

*Esra Kalkan is an aspiring lawyer 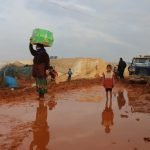