On the 29th of April 2018 a wonderful woman died. She was strong, ambitious and always fought for her rights. She was a brave mother who tried her best to save her 3 children. If a question was directed to you about who is this woman, none of you would be able to give an accurate answer. So this speech is dedicated to those who sacrificed their lives while trying to be great humans but were never recognized by others… She is Esma Uludağ…

Good morning/afternoon everyone my name is Zeynep and today I am going to explain to all of you what are the origins of the refugee issues, and the problems and hardships people have to go through nowadays. Also, I will present to you some examples and statistics as well as solutions for the refugee crisis.

Let me define the word refugee to make you all understand it better. According to Merriam Webster refugee means, a person who flees to a foreign country or power to escape danger or persecution.

The story I’m going to tell you is about someone who was very close to me, Esma Uludag. She died on April 29, 2018, at the age of 34 in Athens, the capital city of Greece. She was an educational enthusiast, reliable and hard working. She was a teacher. She escaped from lawlessness and she took refuge in Greece from Turkey because there are political problems that affect people’s lives there and dictatorship is the main problem. That’s why her husband went to Germany to migrate. While she was in Greece they were waiting for a family union in Germany. She did not want to be held prisoner of lawlessness. However,she could not bear the difficulties she had with her three children on her journey of freedom so she died as a result of a brain hemorrhage. Just because all countries force people in process for documents Esma Uludag didn’t have any choice ,she went to Greece and died while they were waiting for a family union. All these pieces of information are proved by samanyolunews .

Why? Why should people suffer more in the worse moments in their life? Do you think that leaving your own country and going to another one is as easy as a piece of cake for everyone? Why do you think people are leaving their own country, for money? Yeah, a few number of people may but the causes are first, religious, national and social persecutions. The most common reason according to pew.com is people become refugees because of persecution .46% of refugees in 2016 who came to the US were Muslim and 44% Christian,10% were others. Moreover, according to historic.com the second reason is war, currently the largest group of refugees in the world are fleeing the civil conflict in Syria which we have been dealing since 2011 and 6.3 million people are displaced internally. Another 5 million have entirely left the country. The third one is hunger, based on globalcitizen.com, it is estimated that 20 million people in North Africa and middle eastern countries are becoming refugees. 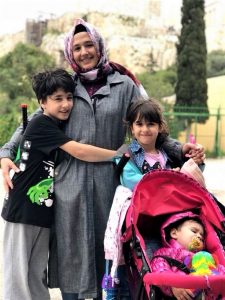 Let’s look at more data. There are top 10 destination countries for refugees according to stc.com, from a global total of around 23 million refugees in 2017, Turkey was by far the largest host nation with approximately 3.8 million, Germany, Pakistan, and Uganda all had around 1.4 million refugees. In addition most of the refugees come from Syria with 6.5 million then Afghanistan was second at around 3 million.

When we all hear the word refugee most of us think a person who is forced to leave his/her homeland if it is in a bad condition which means according to amnesty.com they are leaving as quickly as possible and most of them without money.

There are lots of challenges to become a refugee according to relief.com. The first one is obtaining legal recognition and personal documentary in accessing quality learning, education and skill opportunities .The initial problems that are face by refugees are discrimination, racism and “culture clash”. Also poor access to youth-sensitive healthcare support and lack of safety, security, and freedom of movement.

At least one million people were killed, four million were displaced internally and another a half-million fled as refugees in Africa according to theguardian.com approximately more than 15 thousand people die who are kids, adults, babies. “they are human beings”. Why should people perish just because they have problems in their own country ? Therefore, we have to solve the world refugee crisis. People are dying while governments spend billions on border control.

Now,I want to propose some solutions to the crisis at present .The first one is opening up safe routes to care for the refugees is one important solution according to amnesty.com then no one should have to die crossing a border and yet almost 7000 people had drowned in the Mediterranean in October 2013. The second one is they travel by land or by sea, people fleeing persecution or wars should be allowed to cross the border, with or without documents. Pushing people back is a more dangerous route to safety.

Countries should help refugees because they are gaining a lot of advantages from it .For example, it is a solution for the aging population according to lumenlearnin. In my opinion, countries should have transparent document process rules so that the people can understand why the host country rejected their application for citizenship and change what they have then moved on to another country.

Esma Uludag was a lovely mother and teacher who is an example of a refugee crisis. She did not deserve to die in this way so I leave these questions to you. What will you do ? Will you keep being silent or are you going to do something to help those people? 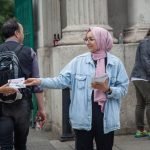 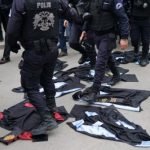