Four years since the failed coup attempt, Turkey remains further away from the truth and the rule of law

Although the facts of the coup attempt have never been duly investigated and revealed, it comes without doubt that President Erdogan and his ruling party, AKP, have managed to take advantage of the ‘failed’ coup attempt to the widest extent possible. In fact, for President Erdogan, the coup d’état was a blessing, as he shamelessly admits that ‘It was a gift for us from the God,’. While it was a gift for Mr. Erdogan, as he was able to launch his opposition cleansing campaign in the Turkish bureaucracy, it was a catastrophe for hundreds of thousands of innocent people whom were declared ‘terrorists’ overnight.

Tragically, the Turkish Government’s immediate response to the coup attempt was to suspend judges and prosecutors, rather than military officers whom evidently carried out the coup. This vast decision taken by the Turkish Government was indeed comprehensible when the Turkish Higher Council of Judges and Prosecutors (HSYK) held a meeting that night to suspend judges and prosecutors, who were already on the blacklist. Consequently, on July17th 2020, HSYK suspended 2,745 judges and prosecutors from their posts, and instantaneously introduced a campaign to detain them in all 65 cities of Turkey. It almost seemed like the coup d’état only aimed to restructure the judiciary, offering President Erdogan the freedom to take actions without accountability, responsibility and consequences.

Nevertheless, the real countercoup came on the 21st of July 2016, when a State of Emergency was declared, and the rule of law was entirely suspended. During the State of Emergency (2016-2018), a constitutional referendum as well as 32 emergency decrees had transformed the whole state system. The new system had no separation of powers, no checks and balances and no rule of law.

A timeline of events during the two years of the State of Emergency:

As time passed, the Government hired 10,000 new judges and prosecutors to replace the purged 4,000, consequently grasping full control of the judiciary. The Government also hired more than 100,000 law enforcement officers (within the last 5 years) and by doing so has gained the political control over the law enforcement apparatus. Today, Turkey is the largest prisoner of lawyers, judges and journalists globally.

How is this possible in a country that was a prospective member of the European Union?

Turkey is not unique in its descent. When the people start taking the rights and freedoms they have been enjoying for granted, and putting their political opinions before the universal principles, any country can be dragged into the dilemma Turkey is in now. The current state of Turkish illiberal democracy is more a product of the aloofness and neglect of the general population on the matter of human rights than of Mr. Erdogan’s evil genius.

Countries move from a deficient rule of law, to a rule by deficient laws only through cooperation of lawyers and law enforcement officers. Turkey’s unfortunate situation bears not only the marks of injustice done to its lawyers, judges and prosecutors, but also the marks of betrayal of judicial impartiality and independence by other lawyers, judges and prosecutors who wittingly or unwittingly collaborate with the regime.

Blaming a symptom for the illness is not just either. Politically motivated arrests and court sentences are yet another symptom of the same problem. They are not the root cause of it. Still, it explains why Mr. Erdogan’s regime launched its first offensive after the coup attempt towards the judiciary of the country.

That experience also underlines where the demarcation lines of democracy ought to be drawn. When the judiciary is stripped off its impartiality and independence, it turns into a security apparatus of the state. Such institution prioritises and pays regards to interests and needs of the state, rather than the international law and the Constitution. This is clearly visible through the actions of the Turkey’s Constitutional Court. In fact, only last week the   Constitutional Court defied a ruling of the European Court of Human Rights, claiming that “the interpretation of Turkish laws on the imprisonment of members of the judiciary pertains to the Turkish courts, which are much better positioned than the ECtHR for explaining and interpreting the provisions of the Turkish law.”

This is why, four years after the coup attempt, Turkey is further away from truth and  the rule of law.

*Attorney Ali Yıldız is from the Arrested Lawyers Initiative, a solution partner of Human Rights Solidarity. 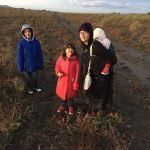 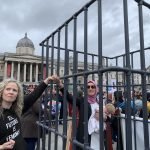