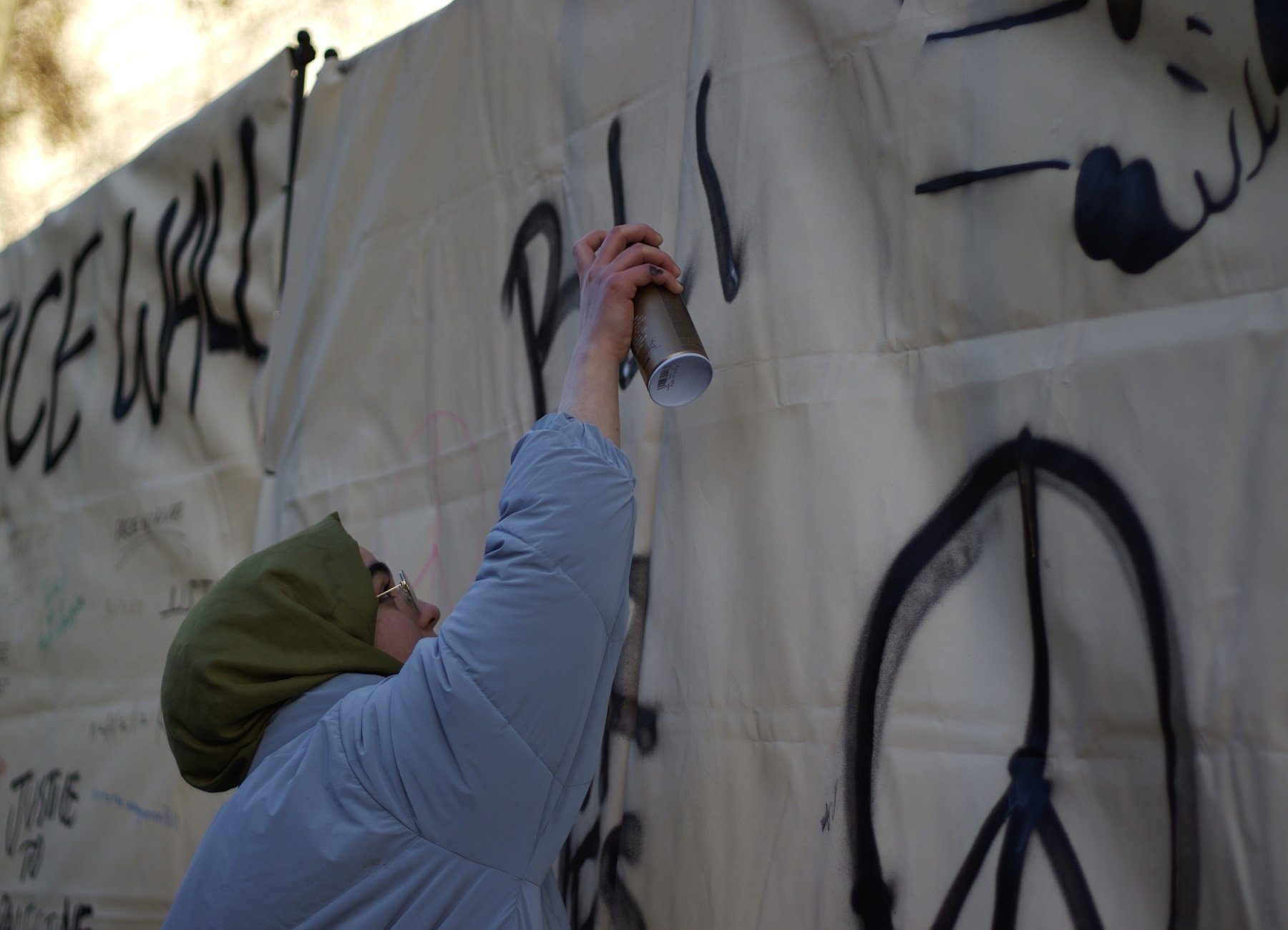 This August, me and my activist friends found each other in a state of despair and overwhelmed by the events happening throughout the year. It wasn’t only a disgraceful year for our government, which would send asylum seekers to Rwanda if they had not been stopped by activists, lawyers and the European Court of Human Rights (ECHR). But also for British law and human rights. Also, as immigrants who have faced injustices by the state and knew what it was like to be alienated and discriminated between our communities, we knew we could never stay silent to another person facing the same thing. And we decided it was time to take action.

We stood in Trafalgar square with our “Justice Wall”, a 1.8-meter tall wall made out of fabric, where we promote free speech and demand all human rights. This time our Justice Wall was themed after asylum seekers and refugees still facing discrimination by our Home Office and Government. We aimed not only to demand their justice but also to deliver messages of support and solidarity to them. Central London, especially Trafalgar square, which is located near Soho and Westminster, was the perfect location.

We had children coming up to our wall and leaving welcoming messages for asylum seekers, toddlers drawing hearts and people hand to hand (which was my absolute favourite part of this project), tourists leaving messages of solidarity in their own languages, and many supportive messages such as “Do not dare give up” and “You are loved, and welcomed”.

This project might not sound like a very big deal at first, but for me, it was London and the people of London showing their true faces. It was London telling us that, despite its government, we are welcome, and If there we were in a place of danger and discrimination, the people of London would not stay silent and stand up for us. An act of solidarity on its own.

Injustices may rise, but we will not prevail. The names of those who do injustice will be forgotten, but our strength and solidarity will always be remembered. So will we 🙂