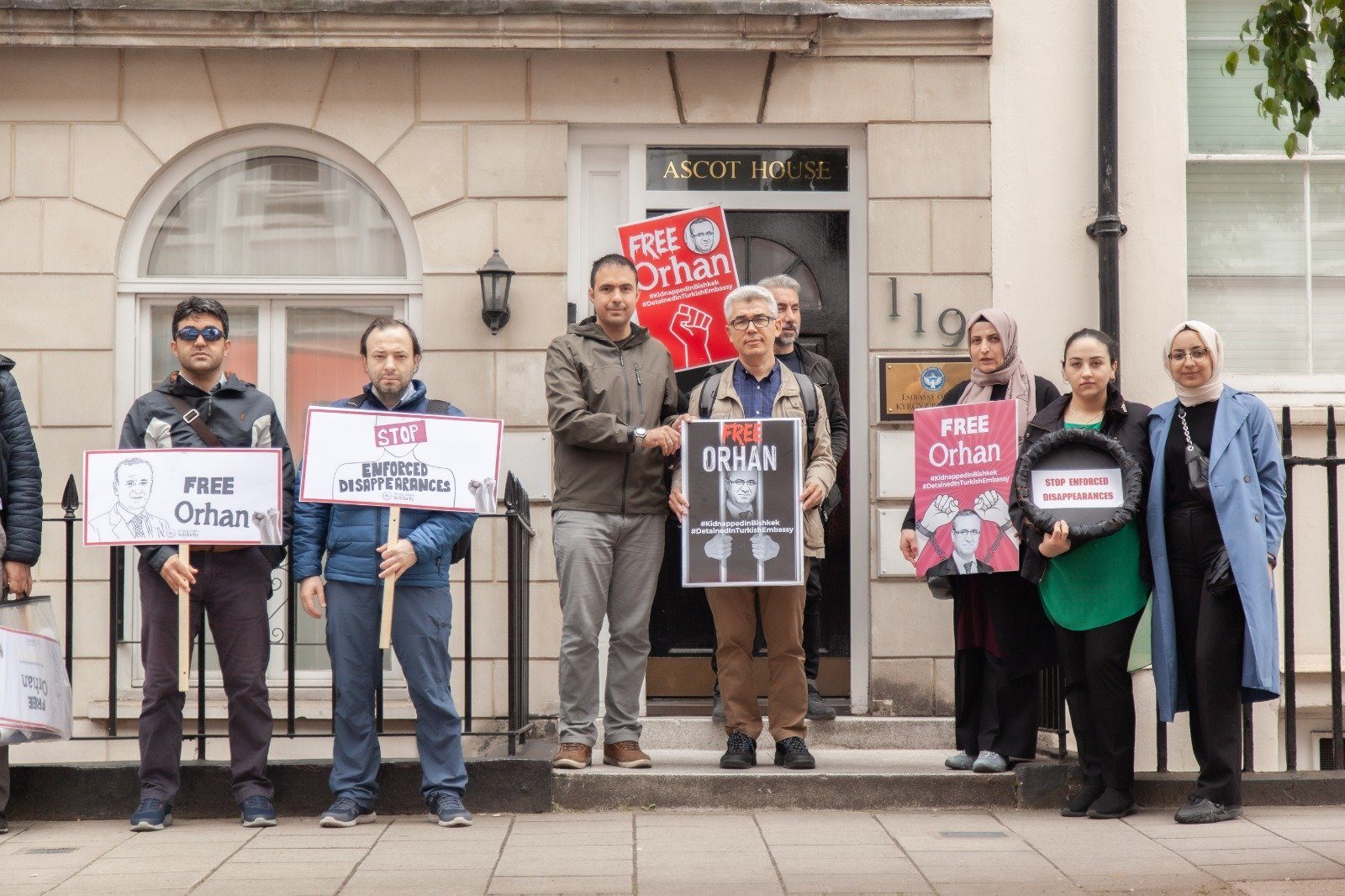 We are asking release of Inandi and other victims

We are once again in front of the Turkish Embassy in London!

We would love to have come here for celebration of Turkey’s EU membership, or of an international success of a Turkish team. But we are here for a reason that shames us all: We are here to protest the human rights violations the Turkish regime has been perpetuating.

We are here to protect the most basic human rights of living free lives, freedom of travelling and the right to have a fair trial.

Today is the anniversary of enforced disappearance of Educationist Orhan Inandi.

On this day last year, Orhan Inandi was forced to get off his car and was forcefully dragged to a van. His wife Reydan Inandi alarmed the world.

Orhan Inandi’s students and many Kyrgyz citisens called for a stop to his possible extradition to Turkey. Believing that he was kept at the Turkish Embassy in Bishkek, many camped around the embassy, protesting and demanding his immediate release.

Some of you were with us in protesting exactly here, in front of the Turkish Embassy.

For more than a month neither the Kyrgyz nor the Turkish authorities said anything about whereabouts of Orhan Inandi despite all calls from the United Nations.

Only after 37 days, the Turkish President stated that the Turkish intelligence had brought him to Turkey.

The Kyrgyz Government, which had previously awarded Inandi with a medal of honour was also complicit in this crime.

Orhan Inandi was tortured. He was forced to become an informer. He declined. His right hand was kept in strappado. He has been in jail for a year now and his right hand is still not fully cured.

Every other day we hear another story of torture coming from Turkey.

This government kidnapped more than 100 educationists from around the world.

More than that number have forcefully disappeared within Turkey.

These are only a few of the people who has gone missing for months and even years.

The Turkish Government is doing nothing to find them.

Because the perpetrator is the government.

In Turkey pregnant women, breast feeding mothers, ill and elderly people are arrested every other day.

Innocent girls are tortured under the pretext of investigation.

None of these are acceptable.

We reject all of these illegalities.

Turkish courts are not upholding the country’s laws, constitution and international obligations.

Erdogan has openly declared that he does not recognize the decisions of the European Court of Human Rights.

In fact, the European Courts decisions on Selahattin Demirtas and Osman Kavala have not been implemented.

How? And why the democratic word does not do anything to stop this?

The compromises given to the dicta regime in Ankara invites for more illegalities.

Today, this regime is asking for extradition of journalists and academics who have sought asylum in Sweden and Finland in return for unblocking these countries’ NATO membership.

Europe: Erdogan takes this courage from the concessions you gave to him as the guardian of Europe’s borders against immigrants.

Our governments are complicit in Erdogan regime’s crimes.

You cannot become truly democratic in London while blinding yourself to the human rights violations in Turkey.

We are a bunch of people here in front of the Turkish embassy – what we are doing is in fact the responsibility of all human rights organizations, of all democratic institutions of the world.

We are asking immediate release of Orhan Inandi and all other victims of enforced disappearances all around the world.

We are asking information on the whereabouts of other missing people who have gone missing while under state custody.

We support the basic human right of living free from arbitrary detention and unnecessary state intervention into one’s life.

We support the right to a fair trial for Orhan Inandi and for all other inmates in Turkish prisons.

Thank you very much for being with us and supporting this cause today. 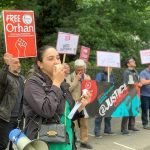 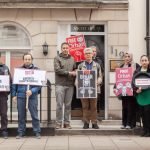