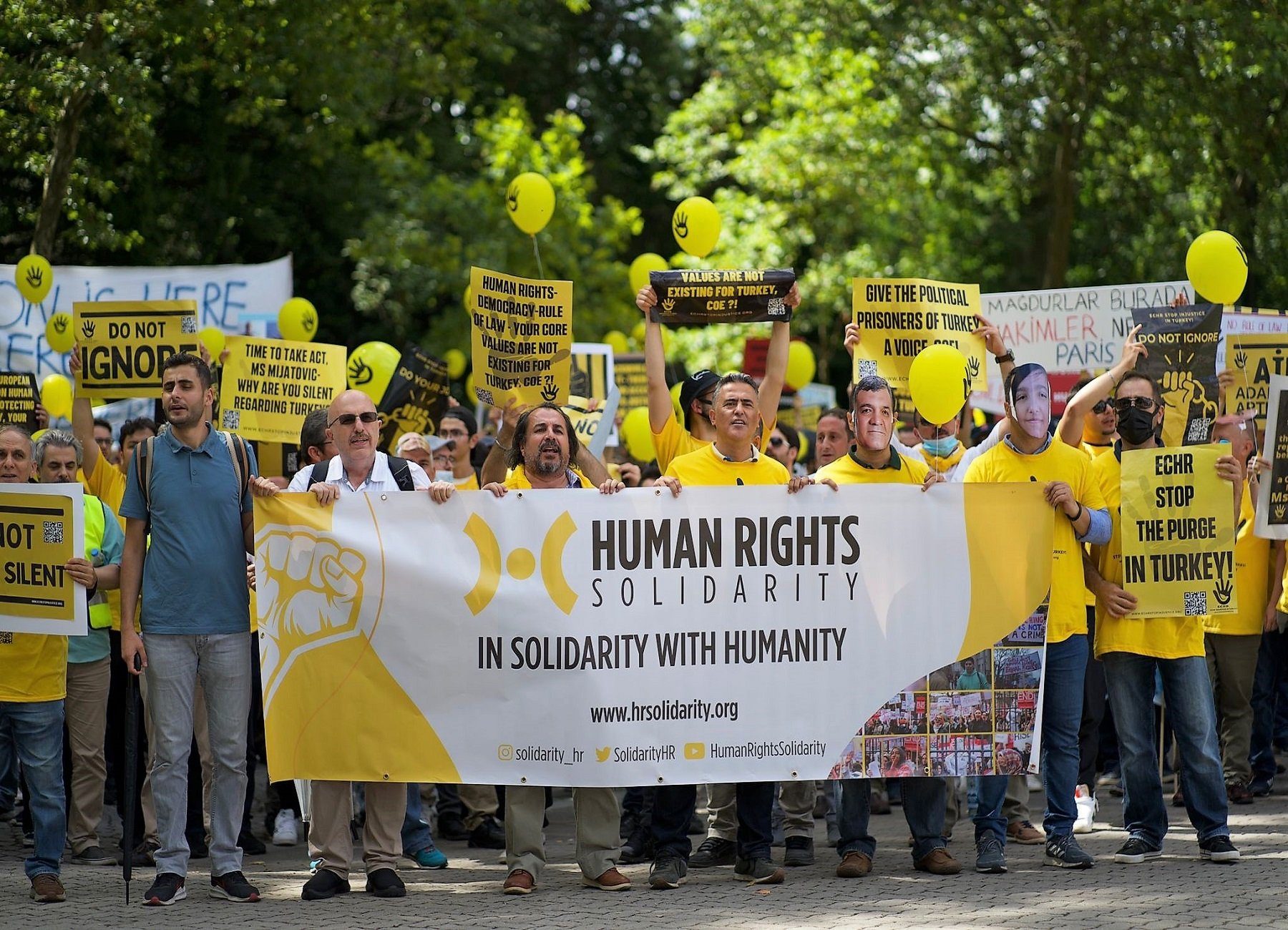 We reminded ECHR to fulfil their duty

Strasbourg protest was a joint protest among 24 organisations in Europe. The main goal of this protest was to let the European Court of Human Rights know that we are not holding back and not accepting them to blind their eyes to human rights abuses in Turkey.

Since 2016 European Court of Human Rights has barely decided cases on Turkey’s significant human rights violations. All the organisations there prepared a joint letter to the ECHR, and when the protest crowd reached the front ECHR, we wanted to give the joint letter to them and continue protesting till we went to the European council and council of Europe. A significant number of people, more than ten thousand, were there. They were all shouting and asking for justice.

The mission of ECHR is to ‘raise the standards of protection of human rights and extending human rights jurisprudence throughout the community of the Convention States’. However, it has been evident since 2016 that Turkey has breached significant obligations under international law, including human rights. ECHR has stopped considering the cases, which was the point everyone raised at the protest.

The protest raised an issue and showed the ECHR, Council of Europe, and European Council that people are in tremendous suffering and justice needs to be addressed immediately.