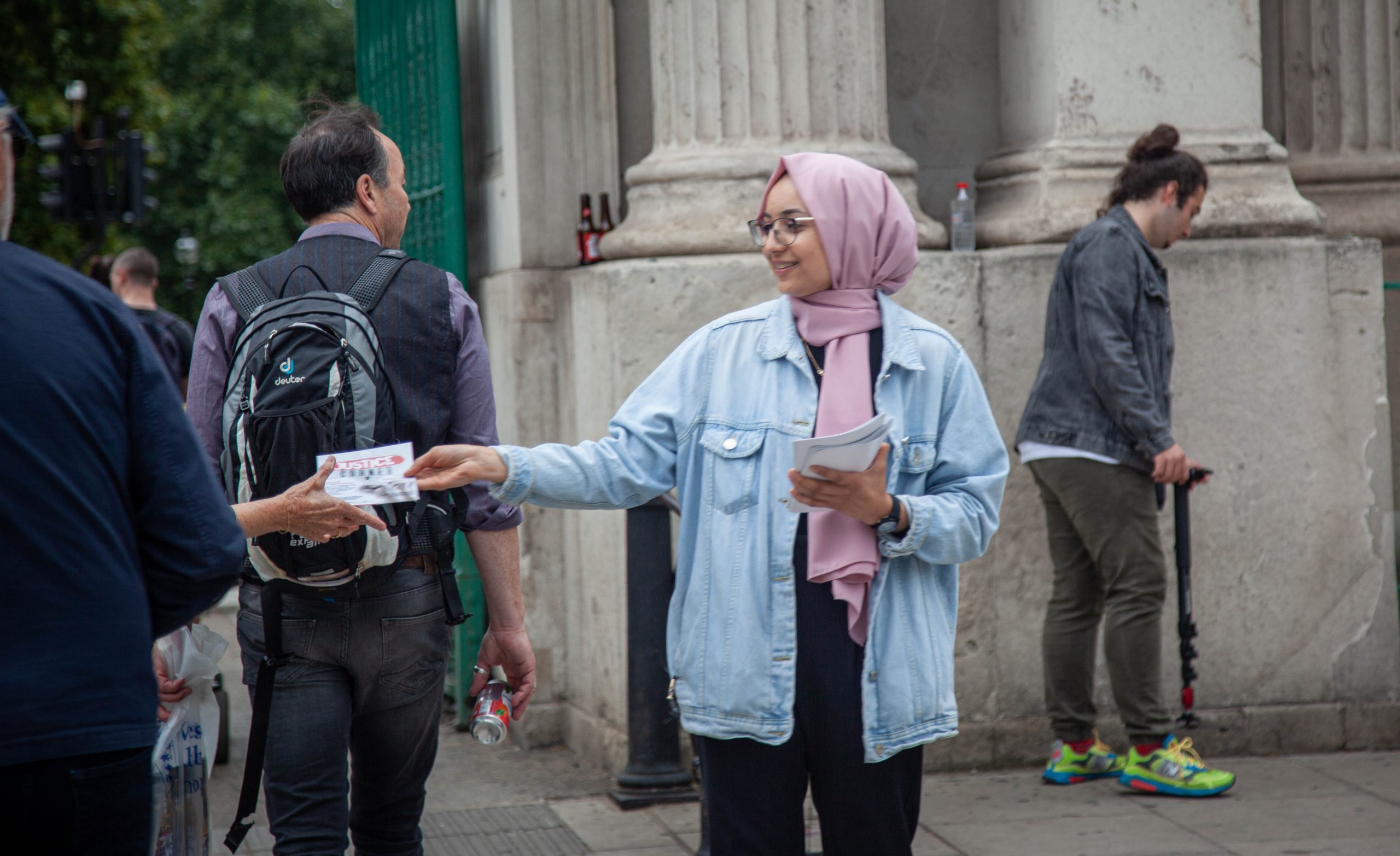 Youth-led human rights activism has never been an easy task. Young human rights defenders faced multiple challenges in a more and more divided world, even before the global pandemic.

This year on the 9th of December we celebrated these brave young human rights defenders who showed resilience even in the darkest of times. We celebrated and applauded their heroism, successes and sacrifices for a better future for us all.

To show our appreciation of their work, we invited a diverse range of speakers from many different backgrounds and cultures throughout Europe to join us at our YouTuve Live event.

The event featured the following names:

Asiye Betül, a co-chair of YAct, the Youth Action Committee of the HRS.

Finlay Pringle, the 13 years old activist who has been involved in campaigning on conservation of the oceans and marine life. He is an activist with FFF. which stands for Fridays for Future… Also called Youth Strike for Climate, FFF is an international movement of school students striking on Fridays for climate.

Sara Nathan, a human rights activist working on Access to Accommodation for refugees and asylum seekers at her organization Refugees at Home. Sara is a broadcast journalist by background. She served in many public authorities before she became a co-founder of the Refugees At Home charity. Refugees at Home finds hosts in Britain for destitute asylum-seekers and refugees. She has since hosted refugees from many countries including Syria, Sudan, Eritrea, Ethiopia, Iran, Afghanistan and Egypt. Refugees at home have made over 1700 placements and hosted over 140,000 individual person nights.

Rumi Unal, an international relations graduate from Turkey. Rumi used to be a Turkish diplomat. He served in South Korea and Bulgaria. He was dismissed from his job during the mass dismissals after the Coup Attempt in Turkey. He is now the coordinator of Collectif DDH based in Paris. Collectif DDH is specialized in human rights violations in Turkey.

Xeni Dani from MOKA: Meet Over Culture and Arts. We love the idea of MOKA. Xeni was a child immigrant from Albania to Italy. As she grew up she dedicated herself to human rights. She has been working on cases of political persecution, torture and violations of freedom of expression.

Antonia Kuhn, an aspiring lawyer from Germany. Antonia is active within the ranks of Amnesty International Germany/ and is coordinating the work of Amnesty International Germany on Brazil.  Antonia was one of the two German Youth Delegates to the UN General Assembly in 2018. She has a long list of accomplishments in human rights activism which we are very excited to hear about.

Kadir Ertürk and Musa Obuz from the Solidarity Band. The Solidarity Band is the music group of the Human Rights Solidarity. Kadir and Musa performed two Turkish songs. The first one is Black Train, Kara Tren in Turkish. This is a sad song from the times of the First World War and it tells the hopes and despair of people waiting for a letter from the frontiers about their loved ones. The letters would come with the Black Train. So called because these steam trains would all be painted black. And occasionally bad news would arrive…

The second song was a more lively and celebratory one. Caney Caney… Originally a Kurdish song, Caney Caney complains about friends who show up only in good days and are lost when they are most needed

Mary Lawlor, the UN Special Rapporteur on the Situation of Human Rights Defenders.

Ali Dinçer, another Turkish diplomat who lost his job during the mass purge that followed the Coup Attempt of 2016. After leaving Turkey he became the Secretary General of the Belgium based Solidarity with OTHERS. The OTHERS is active on reporting and keeping databases of widespread human rights violations in Turkey.

Fiona Amony, a 24-year old activist from Uganda. Fiona joined Restless Development as a Volunteer on the Girls’ Advocacy Alliance (GAA) project. She advocated for workplaces free from sexual harassment. Throughout the pandemic, she has been voluntarily running a helpline.

Bethany Holden, the founder of RefuNet which is connecting refugees and volunteers who would like to teach them English. We spoke with Bethany on how language education helps refugees realize their rights and perhaps make them feel more integrated and free.

Shila Block and Tash Thomass, to gender equality activists. Shila Block on the human rights of women in conflict areas. In 2018 she was a youth delegate to the CSW (Conference on Women’s rights at the UN). Today she is a part of the National Youth activist of UN Women’s Generation Equality Forum.

And Tash is an LGBTQ activist from the United Kingdom. She is the Director of Diversity, Equality & Inclusion at European Coworking Assembly.

Amirah Hussein, a masters student at LSR in human rights and politics. Amirah used to be the President of the Amnesty International Society in the University of Nottingham, while doing her BA. She is commenting on human rights and student life in her Instagram account.

Nuray Düzenli of the European Institute for Sustainable Development.

The whole event can be watched here, at our YouTube Channel: https://www.youtube.com/watch?v=Yxwf37vyHsQ 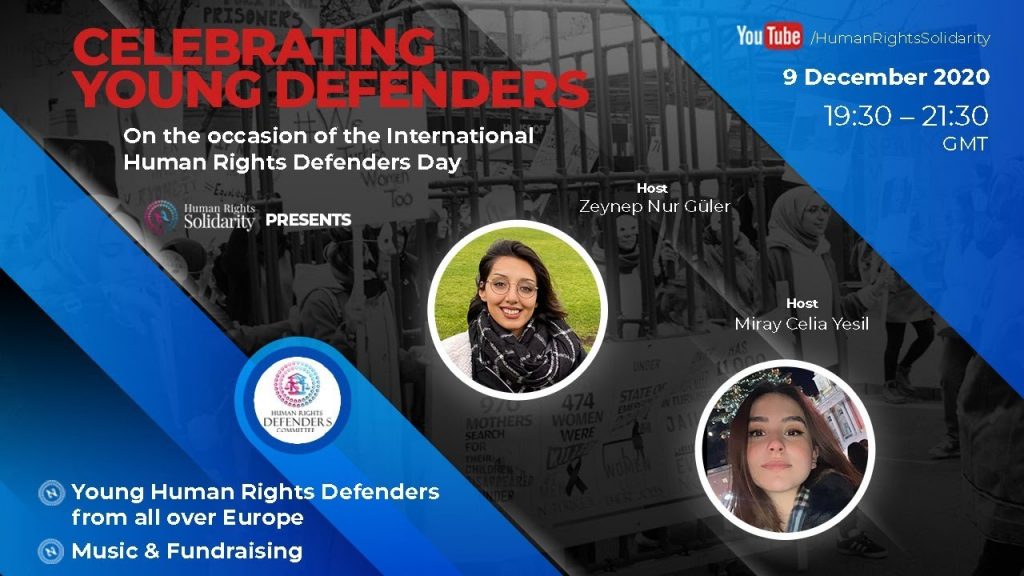