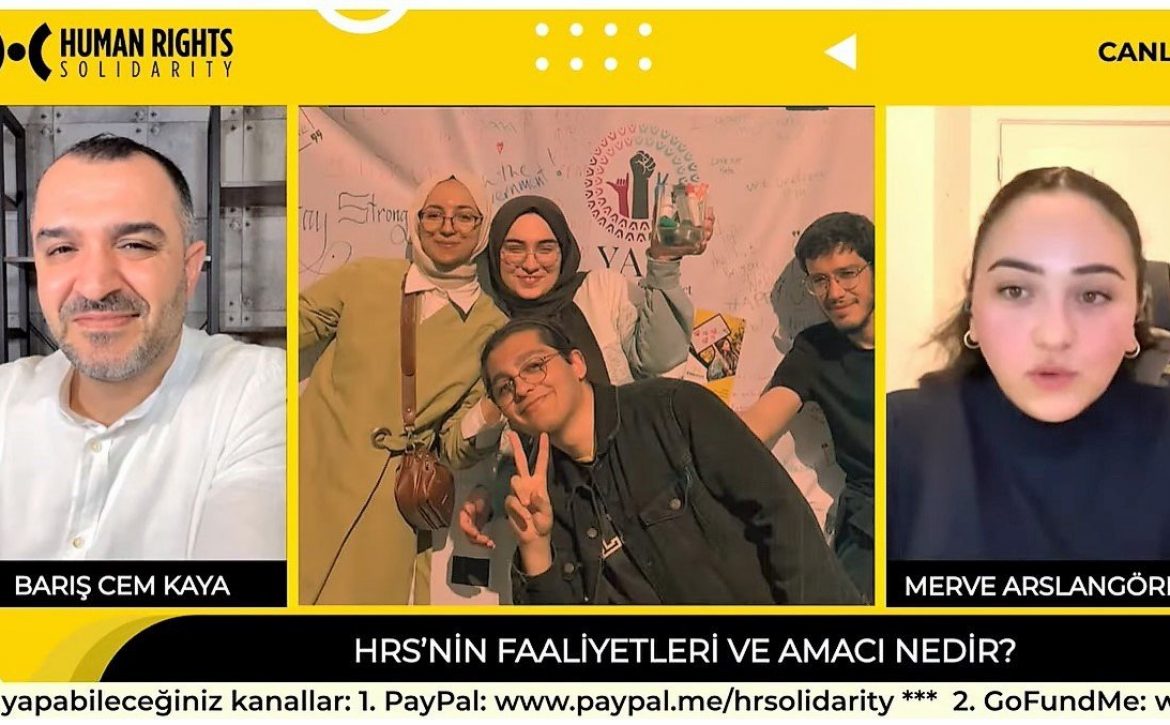 On December 11th, in conjunction with International Human Rights Day, we organized a promotion and donation program with some of our solution partners. During the live broadcast on our YouTube channel, we introduced Human Rights Solidarity’s (HRS) 2-year activities and projects for 2023.

During the program, a donation campaign was organized for the use of next year’s projects. The total amount of donations made by human rights volunteers through various channels reached 9,500 pounds. You can access the donation channels that will remain open throughout the year through the links we will add below this text.

At the beginning of the broadcast, Co-chair of HRS, Merve Arslangören, spoke about what they have accomplished in the past 2 years and their future projects, and particularly invited young people to work together. Arslangören emphasized that they are sensitive to human rights violations occurring everywhere in the world and said “If you only care about your own problems, no one else will care about your problems. That’s why we try to be the voice of all victims.”

The founding Secretary General of HRS, Tuğba Timur, delivered a video message explaining what it means to be a manager in a human rights association and addressed the importance of activist actions for those who have suffered human rights violations anywhere in the world.

Erhan Karatürk, who sought refuge in the UK 3 years ago, shared his difficulties during the process and how he overcame them. Karatürk said he came to the UK by boat and was unexpectedly arrested later, stating “I was detained for 5.5 months. If I had relied on the defence of the lawyer appointed to me, I could have been sentenced to 14 years. But HRS helped me find a new lawyer through a donation campaign and I was saved from being sentenced.”

One of the live broadcast guests, lawyer Ömer Turanlı, discussed how to carry out legal battles on international platforms. He highlighted that it is a long-term process that requires patience and said “Especially in countries where the law does not work, human rights fights cannot be left only to court decisions. They should be carried out socially with individual efforts and support from volunteer groups.”

Academic and activist Hafsa Girdap provided examples from her human rights fights in the United States. Girdap said that through her work, she understood certain problems that she had not realized while living in Turkey. She said “Here, I became more familiar with the lives of blacks and Latin American immigrants. This allowed me to look at the issues of Kurds and Alevis again, even made me understand them deeply.”

During the broadcast, promotional videos of HRS and some committees were shown, volunteers’ messages were shared, and projects implemented in collaboration with solution partners were introduced. Also, it was reported what activities will be held in the next year with the collected donations.

To support the HRS projects, you can make donations through the following channels: 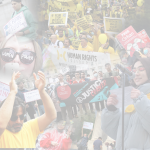